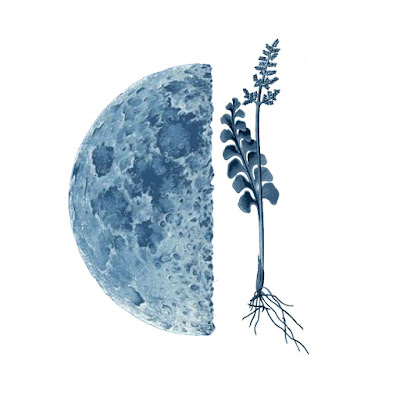 One aspect of biology that has often troubled scientists and students alike is referred to, now somewhat colloquially, as the C-Value paradox.  The C-Value specifically refers to total DNA content, not chromosome number, but the two are often related.  It seems intuitive to expect that the more ‘complex’ an organism, the more chromosomes or total DNA it should have.  This has led to the erroneous assumption that things like mammals, from our biased perspective, should have high DNA content.  But it turns out that this idea is far from the truth, by several orders of magnitude.  In fact, the organism with the highest chromosome number out of anything living today is a fern, Ophioglossum reticulatum1, with a diploid count of 2n=1440 (Ghatak, 1977).  And this species isn’t even a particularly complex fern either; it produces only one leaf, grows to a maximum height of 15 cm (~5 in), and spends a significant portion of its lifecycle underground.  But ferns in general tend to have high chromosome counts2, even when compared to other plants, with an average haploid count of n=57.05 (Klekowski and Baker, 1966).  So what do ferns have going for them that we don’t, and what are all those extra chromosomes being used for?
These types of questions were first asked back in the 1950s and -60s when it was discovered that different organisms contained different amounts of DNA and that some organisms considered to be ‘primitive,’ such as fish and amphibians, actually contain 20X as much DNA as humans.  This fact didn’t sit well with everyone, especially those that viewed Homo sapiens as the pinnacle of evolution.  One author even lamented that, “the lowly liverwort has 18 times as much DNA as we, and the slimy, dull salamander known as Amphiuma has 26 times our complement of DNA” (Comings, 1972).
C.A. Thomas, Jr. dubbed this disparity between the genome sizes of different organisms the C-value paradox, in which ‘C-value’ stands for the total amount of DNA in a haploid set of chromosomes (Thomas, Jr., 1971).  Sometimes even closely related species can range widely in their DNA content, such as an 80-fold difference in the buttercups (Ranunculaceae) and as much as a 2000-fold difference in some algae (Rothfels et al., 1966; Holm-Hansen, 1969).  There are a number of different mechanisms underlying this phenomenon, but we’ll focus on just one: polyploidy is a phenomenon that affects plants more than any other organism, and affects ferns more than any other group of plants. 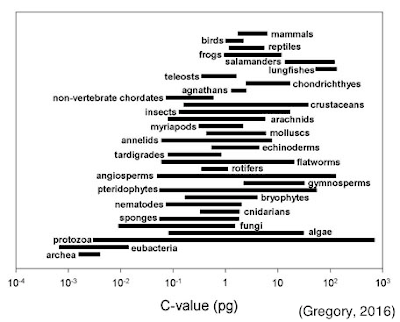 Polyploidy is simply the state of having more than the ‘normal’ two sets of chromosomes (one from mom and one from dad).  There can be triploids (3 sets), tetraploids (4), hexaploids (6) all the way up to Ophioglossum reticulatum, which has about 96 sets of chromosomes (nonahexaploid)!  If this sounds amazing to you, it does to biologists as well.  Even the renowned Stephen Jay Gould (1991) admitted to being at a loss for words when he wrote about this fern some twenty-five years ago, and G. L. Stebbins (1971), one of the great botanists of the 20th century, wrote that it is “nothing short of miraculous” the species could routinely and accurately undergo meiosis with such high numbers of chromosomes.  And polyploidy is extremely common in plants; it’s affected about 15% of speciation in all flowering plants, and more than double that number, 31%, in ferns (Wood et al., 2007).

One of the reasons polyploidy is so commonplace in plants is it allows them to overcome the problem of sterility after hybridization.  When two plants that are distantly enough related fertilize and create a hybrid, the genetic material of the two parents is often too dissimilar to successfully pair during meiosis.  We see this in the animal kingdom too, the most well-known example probably being that of the sterile mule (horse X donkey).  Polyploidy allows for a quick fix to this problem in plants, however.  If the hybrid undergoes chromosome doubling, then now each chromosome has an exact copy of itself to pair with during meiosis, and fertility is automatically restored.  In other words, life, as it were, finds a way.  But obviously mules haven’t been able to take advantage of this solution, which is because polyploidy is generally not observed as much in animals as it in plants, although this statement is not without exception.  It’s not that chromosome doubling doesn’t occur, but instead that most animals don’t seem well equipped to cope with the physiological consequences of having several copies of each gene.


The study of polyploidy encapsulates the entire tree of life and contains numerous facets that scientists have explored, such as how genes on duplicated chromosomes can be co-opted to code for new traits, or how species often revert back to a diploid state after chromosome doubling.  And if you were to go in the opposite direction, to find the organism with the least number of chromosomes, you’d need look no further than the ant Myrmecia pilosula, in which the males, who develop from unfertilized eggs, have just one chromosome (Crosland and Crozier, 1986).

1This is not counting the protist Oxytricha trifallax, which has “arguably the most complex genome architecture of any known eukaryote” (Miller, 2014).  This organism has an astounding 16,000 nanochromosomes, which are tiny and often only comprised of one gene (Swart et al., 2014).
2True for homosporous ferns; heterosporous ferns, which are exclusively aquatic, actually have comparatively low chromosome numbers, and no one really knows why.

Gould, S. (1991). The Ant and the Plant. In Bully for brontosaurus: Reflections in
natural history. New York: Norton.